At one pump station, 14.3 million gallons of partially treated combined rainwater and sewage was discharged into Lake St. Clair. The discharge lasted for two hours. It was the fifth discharge of the year. The facility averages about seven discharges per year.

On top of those discharge problems, there was a malfunction at another pump station.

At one of the basins in the county, 27.9 million gallons of partially-treated combined sewer overflow was discharged into the lake. It was the seventh discharge of the year at this particular basin, which averages about eight discharges per year.

Long term plans call for both facilities to be upgraded to reduce the number and volume of overflows.

A third pump station discharged 1.1 million gallons of sanitary sewer overflow for another two hours.  The station pumps the diluted sewage (14 parts rainwater to one part sewage) into the Schoenherr Drain, which flows into the Red Run Drain and ultimately Lake St. Clair. It is the second time the pump station, has discharged this year. The station discharges an average of about six times per year.

Several stations are in the process of upgrading its sewer system with a new relief drain; an $8 million upgrade to the pump station, which is scheduled to start at the end of this year; and plans for a 23 million gallon retention basin. 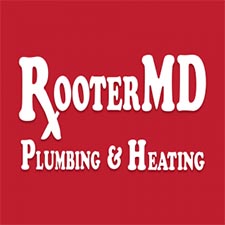